The public is being asked to provide information on the locations of nine fugitives suspected of serious environmental crimes.

The appeal, from Interpol, is part of an effort to track down individuals involved in illegal fishing, logging and wildlife trafficking.

The trade in wildlife crime is said to be worth around $213bn per annum, according to the UN.

This is the first time that individuals have been targeted.

Investigators from 21 countries gathered at Interpol’s headquarters in France in October to share information on suspects involved in a range of crimes involving the environment.

Called Operation Infra Terra, the agency is now asking for assistance from the public in tracking down nine key suspects.

“Even the smallest detail, which you might think is insignificant, has the potential to break a case wide open when combined with other evidence the police already have,” said Ioannis Kokkinis, from Interpol.

“Sometimes all it takes is a fresh pair of eyes to bring new momentum to an investigation and provide the missing clue which will help locate these wanted individuals, some of whom have been evading justice for years,” he added.

One of those named is Feisal Mohammed Ali, alleged to be the leader of an ivory smuggling ring in Kenya.

He is being sought in connection with the seizure of 314 ivory pieces, weighing well over two tonnes in Mombasa in June.

Others on the list include Ahmed Kamran who was charged with an attempt to smuggle over 100 live animals, including giraffes and impalas, to Qatar on a military plane. 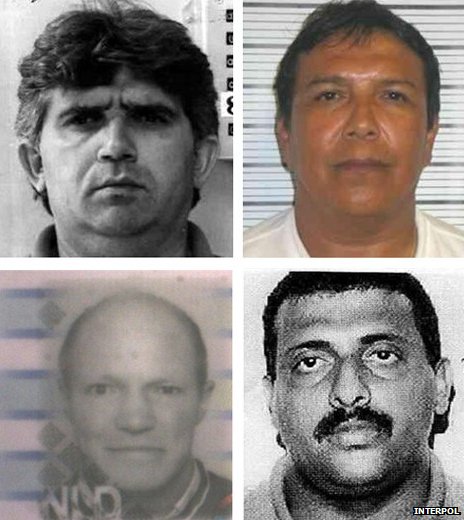 Ariel Bustamante Sanchez is alleged to have been involved in illegal tuna fishing in protected waters off Costa Rica.

The move has been welcomed by Convention on the International Trade in Endangered Species (Cites). They are concerned not just with the impact of environmental crime on species but also with the effect on political stability.

“Countries are increasingly treating wildlife crime as a serious offence, and we will leave no stone unturned to locate and arrest these criminals to ensure that they are brought to justice,” said Ben Janse van Rensburg from Cites.

“The public can play a crucial role in this collective effort, they our eyes and ears on the ground. Their support can help ensure that the offenders face the full might of the law and are punished appropriately.”

Member of the public who have any information on the possible location of the fugitives can use this form to contact Interpol. Information can also be given anonymously to any national crime stoppers programme.

Why We Must Kill Pigeon That Crossed Pacific Ocean — Australian Govt

Ogoni Clean-up: How FG Is Playing Politics With Exercise –Wike

The Priest And The President, By Femi Adesina