The Nigerian delegation  to the United Nations General Assembly(UNGA) led by then Foreign Affairs Minister, Major-General Joseph Nanven Garba in 1975 stunned participants when he  pointedly asserted Nigeria’s strategic position in Africa, and why Nigeria was vigorously opposed to Apartheid. Crucially, Garba’s fascination for re-asserting the prime position of Nigeria in global affairs reflects the importance of our foreign policy, and how foreign policy  should ordinarily be conducted. Tragically, our country’s current foreign policy seems to be everything you wouldn’t want it to be; lack of dynamism, absence of profound thoughts culminating in outright foreign policy failures.

Last week’s decision by the United States President Donald Trump to slam a historic immigration ban on Nigeria, Africa’s most populous nation vividly illustrates our   poor  approach to foreign policy issues under Mr Geoffrey Onyeama, Nigeria’s Minister of Foreign Affairs. Under this new rule unveiled by the Trump administration, citizens from Nigeria, Eritrea, Myanmar, Kyrgyzstan and three others  won’t be allowed to apply for visas to immigrate to the U.S.  According to the United States, this latest move is designed to tighten security against countries that don’t comply with the U.S. minimum security standards, and immigration protocols. The immediate implication of this is that Nigeria would be losing her opportunity of building capacity within global talents pool in specialized fields as medicine,  law, technology, space technology, digitalization, artificial Intelligence, etc to countries like India, China , Senegal, Ghana, Rwanda, etc.  Statistics indicate that last year alone, about 8000+ Nigerians moved to the United States under the existing immigrant policy. While Nigeria was  allocated  over 8000 slots, Senegal got  just 152 under this policy!

The time has therefore come to examine the performance of Nigeria’s foreign policy under Mr  Onyeama who, in the estimation of many Nigerians, has been a colossal failure. Tragically, diplomats and international affairs experts assert that  six years down the line,  Onyeama has not risen up to the task as Foreign Minister.  To them, three instances, illustrate this graphically. First, no major foreign policy initiative that has impacted positively on Nigeria can be credited to Onyeama. He has not designed any visible diplomatic philosophy upon which our current foreign policy direction is predicated, culminating in what some  call random flawed experimentation.  Secondly, when Nigerians were expelled from South Africa, his response was not only feeble but also clearly  indicated his  lack of appreciation of the dynamics of foreign policy. Citizen-centered approach to foreign policy forms the fulcrum of great foreign policy initiatives. But with Onyeama, this seems to be awfully lacking.

Creditably,  under the seeming bifurcated dynamics, Abike Dabiri who heads the Nigeria Diaspora Commission,  has impressively risen up to the occasion often times  to help  douse lingering international tensions. Dabiri’s dynamic interventions have been most helpful and effective. Thirdly, when the Federal government eventually raise a high-level team to South Africa, Onyeama was not deemed fit to lead such a powerful delegation that fall squarely within his purview. Our foreign missions are in parlous state with very poor funding and absence of staff capabilities.

Mr Onyeama ought to know that Foreign policy is a significant component of our nation’s national policies. A poor foreign policy has capacity for diminishing Nigeria’s reputation as a sovereign nation as we currently experience. There is no doubt that a vibrant, proactive and dynamic foreign policy will not only shape positive global perception of Nigeria, but would also help to project our national priorities, goals and objectives. Today, Mr Onyeama is reportedly heading to Washington DC in a bid to revive a moribund Nigeria-US bi-National Commission which was set-up during the previous administration! Currently, Nigeria’s foreign policy under Onyeama’s watch seems to be in a state of crisis.

Crucially, every of these golden phases saw each of these excellent foreign ministers on board with well defined foreign policy philosophy and objectives. Under the dynamic Major-General Garba,  as detailed in his most engaging book, Diplomatic Soldiering , Nigeria led the war against Apartheid in South Africa, and offered unwavering support for the Popular Movement for the Liberation of Angola (MPLA), a development that underlined Nigeria’s dynamism in global affairs. This Golden era was later followed through by successive ministers of foreign Affairs.

READ ALSO:   The 30th Anniversary Of The Obafemi Awolowo Foundation, By Sonny Iroche

Though he lasted for three months in Office, Chief Emeka Anyaoku effectively stamped his imprimatur on Nigeria’s foreign policy, and gave a clear direction where he was headed: Nigeria was to be a global voice in the international community. Similarly, Professor Ibrahim Gambari   who took over in 1984, was remarkable for many far-reaching positive developments in Nigeria’s foreign policy framework. Within one year in Office, Prof Gambari efficiently and successfully strengthened the technical and institutional capacity of the Ministry of Foreign Affairs by establishing the Foreign Service Academy in the Ministry of Foreign Affairs. In the same vein, Gambari’s successor, Prof. Bolaji Akinyemi, exhibited unmistakable expertise and awesome capacity for Foreign policy design and implementation. Though Akinyemi speaks like Professor Henry Kissinger, foremost U.S. former Secretary of State, the profundity of his thoughts, and his intellectual prowess are most compelling. He established the Technical Aids Corps, and undertook major reforms in the Ministry of Foreign Affairs.

Significantly, Major-General Ike Nwachukwu (rtd), two- times Foreign Affairs Minister designed, developed and institutionalized the philosophy of Economic Diplomacy which focuses on subject matters such as international trade, industrialization, commerce, finance and investment inflow into Nigeria. Given his eloquence, persona and again, the depth, acuity and sagacity of  his thoughts as an outstanding journalist before enlisting into the Nigerian Army, General Nwachukwu took Nigeria to the global stage, and stamped the country’s imprimatur on strategic international institutions. It was during his time as Foreign Affairs Minister that Nigeria’s own eminent and astute International diplomat, Chief Anyaoku emerged as the third Secretary-General of the Commonwealth. Similarly, Amb Joy Ogwu’s brief period as Nigeria’s foreign Minister also witnessed remarkable initiatives.

So where do we go from here? Granted that Onyeama may have serious domestic  challenges  that have far-reaching consequences on our foreign policy dynamics but these are challenges that confront every Foreign Affairs minister. They are not peculiar to him. Some persons in their attempt to exonerate the minister of his failures , try to shift the blame on President Buhari’s style of administration. That is absolute bull-shit! Didn’t Dr Kayode Fayemi serve under Buhari as a Minister and perform exceptionally well? Didn’t  Prof  Gambari serve under Buhari in 1984, and was confronted with the task of dealing with illegal aliens (Ghana-Must-Go), but yet his sagacity, and awesome accomplishments as foreign minister are landmarks records for everyone to see till date? Didn’t Major-General Mohammed Magoro (rtd), a highly respected elder-statesman, perform extremely well as Minister of Internal affairs under Buhari in 1984? There are many ministers in Buhari’s current government whose excellent performance are sterling and spectacular. The New Diplomat Board of Editors can go on and on.

Tragically, six years down the line, can we exactly say  what has been Onyeama’s accomplishments ? Before his appointment as Foreign Affairs Minister, Onyeama who had spent about three decades at WIPO, ran unsuccessfully for the position of Director-General of WIPO(World Intellectual Property Organization) in Geneva, Switzerland! In the light of the very embarrassing, awful, and egregious attempts to diminish Nigeria’s standing in the international community, the Board of Editors of The New Diplomat maintain that Nigeria urgently needs a Foreign Minister in the mould of a General Joe Garba, Professor Ibrahim Gambari, General Ike Nwachukwu, Professor Bolaji Akinyemi and Chief Emeka Anyaoku! Nigeria needs to rebuild her global reputation that has been badly dented through major foreign policy failures. Let us stop blaming Onyeama’s shortcomings on President Buhari!

Duro Onabule: A Library Burns Down

The 30th Anniversary Of The Obafemi Awolowo Foundation, By Sonny Iroche 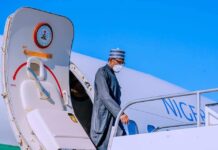 Buhari Off To Brussels For EU-AU Summit

John Kayode Fayemi Ph.D Must Not Run!, By Orisalade Taiwo