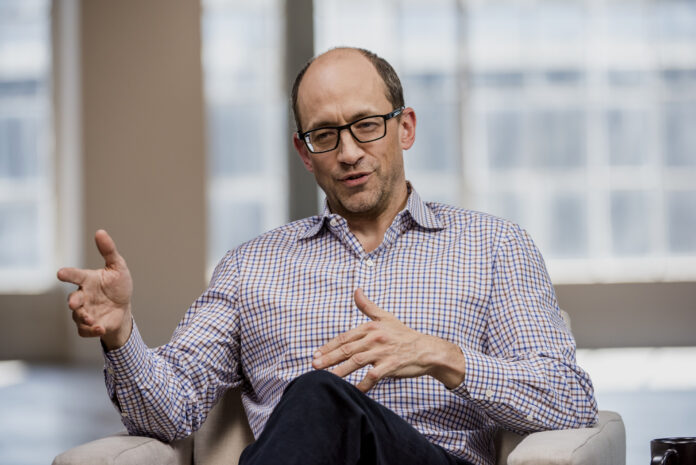 Dick Costolo, who helped turn the message start-up Twitter into a global town square, is stepping down amid criticism over the company’s disappointing financial performance and a recent stock slide.

Jack Dorsey, a co-founder who served as CEO during Twitter’s early years, will temporarily take the reins while the San Francisco company looks for a permanent replacement.

However, both Dorsey, 38, and Costolo, 51, expressed confidence on Thursday in the company’s direction and said the board is not seeking major changes.

“I believe in the course the company is on and the management team’s ability to fulfill that and execute on it,” Dorsey, who is also board chairman, said during a joint conference call with Costolo and Wall Street analysts.

Both men characterised Costolo’s departure, effective from July 1, as voluntary.

Costolo said he began talking with Twitter directors about leaving last year, although he did not say what he plans to do next.

He will not receive any severance package.

Costolo had been Twitter’s CEO for five years and led the company through a successful stock market debut in 2013.