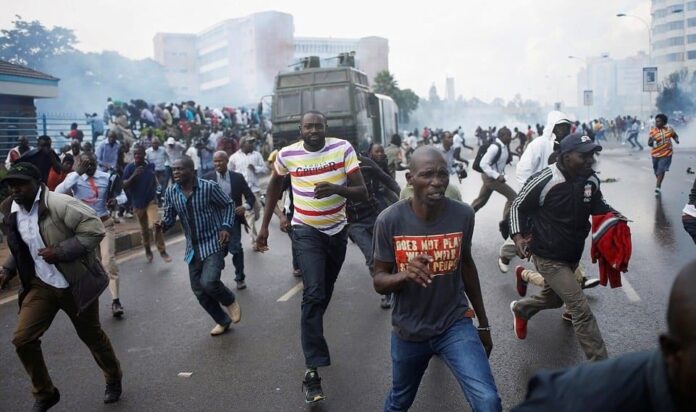 The Acting Governor of Taraba state Alhaji Sani Abubakar Danladi has declared a curfew in the state from 7 pm to 6 am following the post election violence that engulfed the state after the declaration of the state governorship result.

This was made known in a press statement signed by the acting governor on Monday.

The statement  said that total compliance to the curfew would help to curtail the foreseen political crisis that  would bedevil the state.

Reports reaching Vanguard showed that not fewer than six persons were killed at Sunkani the headquarters of  Ardo Kola local government area of the state as a result of the post election crisis.

Jalingo the state capital also witness high level of burning of properties at Narawo village while Army, patroll in  Jalingo hav arrested  a number of people with weapons.

As at the time of filling this report, there were crisis in Jalingo, Ardo Kola, Gasol and Sadauna local government areas of the state. A younger brother of Mark Useni the speaker Taraba State House of Assembly was said to have been killed by some gunmen in Takum local government area of Taraba state.

Meanwhile the governorship candidate of Peoples Democratic Party in Taraba state Dickson Ishaku has called on all his supporters to remain calm despite the declaration of the state gubernatorial election as inconclusive by INEC.

He wondered why INEC decided to cancel the election in Donga Local government area where PDP scored over 36,000  against APC which scored just over 10,000  votes.
“INEC has been cancelling elections in poling units all over the federation where there are problems, I cannot imagine somebody to come and cancel election in a whole local government area where we have 165 poling units because of a problem that affect just 5 poling units.”

“I appreciate the people of Taraba state who came out enmass to vote for me, destiny can be delayed but cannot be changed, am appealing to all my supporters to remain calm as we as  responsible people are following the issue with wisdom” Ishaku stated.

State Of The Nation: Soyinka’s Explosive Interview To Be Out Monday...