The Ligue 1 giants have more than doubled the previous mark for a transfer set by Paul Pogba and Manchester United as they welcome the Brazilian.

Paris Saint-Germain have smashed the world transfer record by completing the €222 million signing of Neymar from Barcelona on a five-year contract.

The Brazilian had been continually linked with a move away from Camp Nou over the summer, and had declined to clarify his own future as the PSG rumours grew stronger.

And after weeks of denials, mixed messages and reports, he has finally been confirmed as the Ligue 1 club’s latest signing on Thursday night.

“Paris Saint-Germain are very pleased to announce the arrival of Neymar Jr,” the Parisiens said in a statement on their official website. 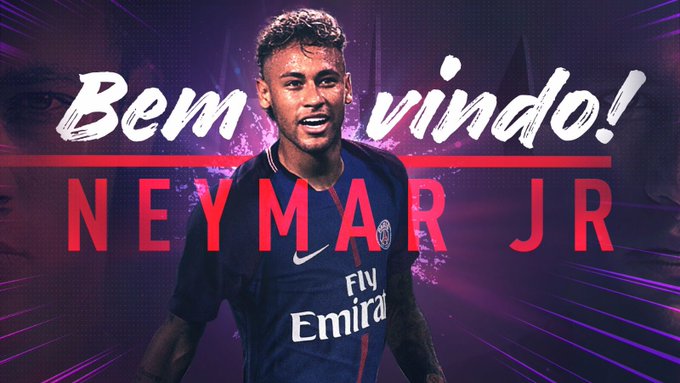 “The Brazilian attacker signed a five-year contract in the presence of club and player representatives. Neymar Jr is now tied to the club of the capital until June 30, 2022.”

Earlier on Thursday, La Liga attempted to derail the deal by refusing to accept the €222m payment from Neymar’s lawyer, but his representatives paid direct to Barcelona instead.

In the late afternoon Barcelona confirmed they had accepted the bid and a transfer of a player they bought four years ago looked certain.

PSG’s new star went for over double the price paid out by Manchester United for the ex-Juventus midfielder, setting a new precedent in world football.

Neymar emerged as a teenage wonderkid at Santos, winning the Copa Libertadores in 2011 before switching Brazil for Catalunya.

READ ALSO:   Mbappe Reveals His Next Destination In Premier League

After moving to Camp Nou in 2013 the Brazilian hit 105 goals in 186 games for Barca, forming part of the formidable MSN forward line alongside Luis Suarez and Lionel Messi.

Having gone trophyless in his debut season Neymar celebrated the treble in 2014-15, adding a further Liga and two Copa del Rey trophies in the following two campaigns as well as a host of other team and individual titles.

How PSG Saw Off Wasteful Barcelona To Reach UCL Quarterfinals

Mbappe Reveals His Next Destination In Premier League

Chelsea Set To Sack Lampard To Replace With Thomas Tuchel

Scores Of Nigerians Trapped As Volcano Erupts In Caribbean Island Of...