In  A New Year’s terror attack on an Istanbul nightclub, 39 people were killed and dozens injured by a lone gunman. Sources gained access to the club and describe the distressing scene inside.

The Reina nightclub can be accessed two ways, by land or by sea. Its beautiful large wooden terrace sits on the water and opens up to a stunning view of the Bosporus.
Towering above the club is the bridge that links two continents, Asia and Europe. The Reina’s location is in the perfect spot to bring East and West together. That was exactly its aim and it worked. 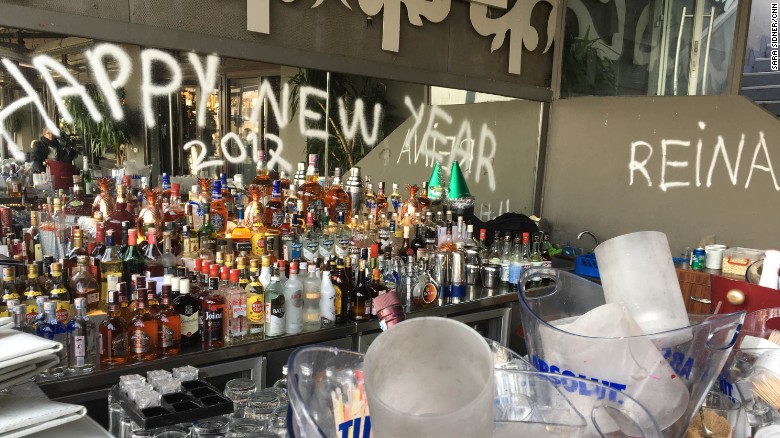 The Reina nightclub in Istanbul was set up for joyous New Year’s celebrations.
World travelers and locals alike flocked to what had become one of the most famous nightspots and restaurants in town. The upscale club was known for offering guests a chance to live the glamorous life, if only for one night.
Now it will be known for something else. In seven minutes everything changed. That’s how long it took for a gunman to kill 39 people inside. That’s how long the gunfire lasted, according to staff members. 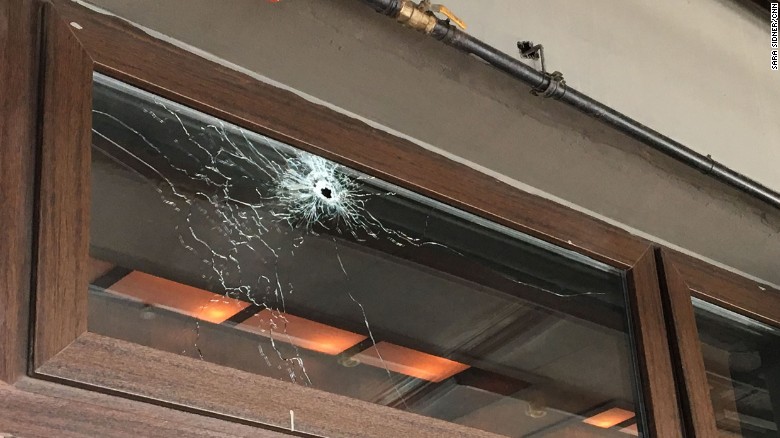 CNN correspondent Sara Sidner said as soon as she walked into the nightclub her eyes settled on this bullet hole.
We were allowed in to see the scene the gunman left behind. Every effort had been made to wash away the blood but there was simply too much of it. The splatter still soaked a portion of a wall, a hat, a holiday decoration.
A hole the size of a half dollar remains in the glass over the doorway that leads inside to one of the dance floors and bar.
The large cushioned red sofas and chairs are strewn about as if the room had been hit by a flood and the items had drifted slightly off center of where they were supposed to be. 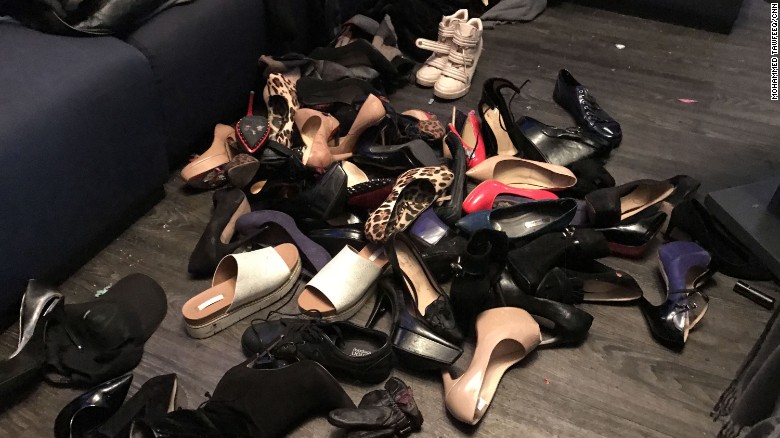 This pile of shoes was left littering the club after the panic of the mass shooting.
To the left a raised portion of the club is covered in clothing.
On the built-in couches, clothes with sequins and sparkles are strewn about. Purses with colored jewels gleam on the table. On the floor, women’s shoes, all different types and colors, lie scattered.

Many items will never reach their owners 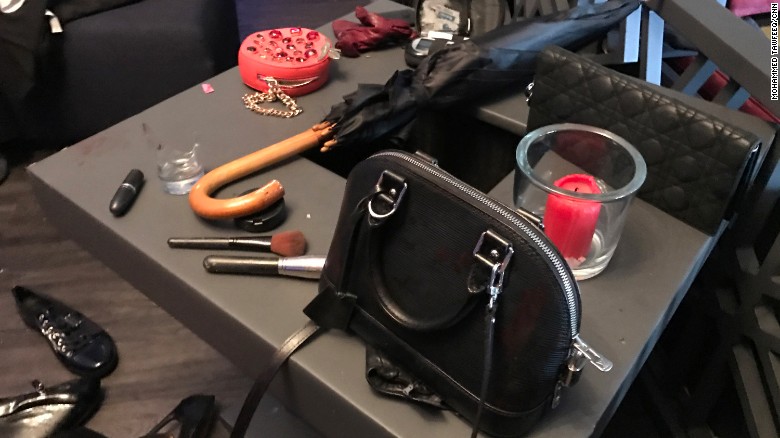 Personal belongings have been left at the scene.
Some of these items may never be picked up. Their owners have no use for them. They didn’t make it out alive.
On the lower level a gas canister sits alone. Intact on one side, it is pierced by bullet holes on the other.
Video has shown the attacker shooting at it, apparently intent on making it explode. He failed. There was no gas inside. 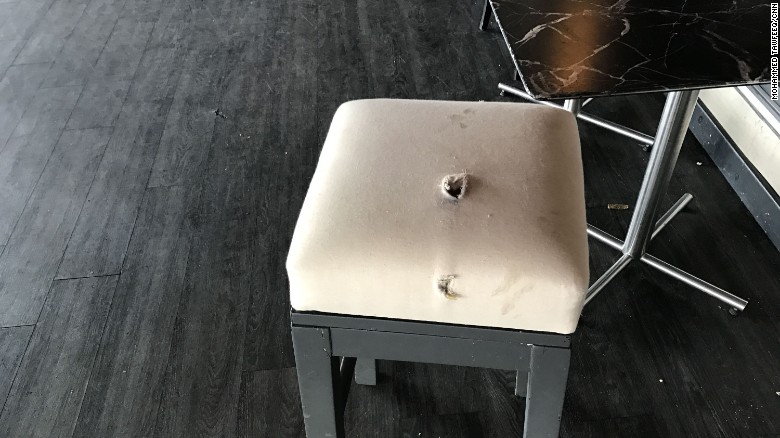 Evidence of the shooting is all around the club.
Considering the military-style weapon and the amount of gunfire, there are few bullet holes. The most visible are the large gouges in the base of the wooden bar.
Nightclub attack: Full coverage,
There is a reason for that. Witnesses say the gunman was calculated. He wasn’t just spraying bullets everywhere. He was going table to table and shooting people point blank. His plan was to kill as many as possible.
The Reina nightclub will never be the same. Named after one of the owner’s daughters, its name means queen. Sixteen years after the doors opened, the owner is unsure if he can bear to open again.

Breaking! Jeff Bezos: Why I’m Stepping Down As Amazon CEO