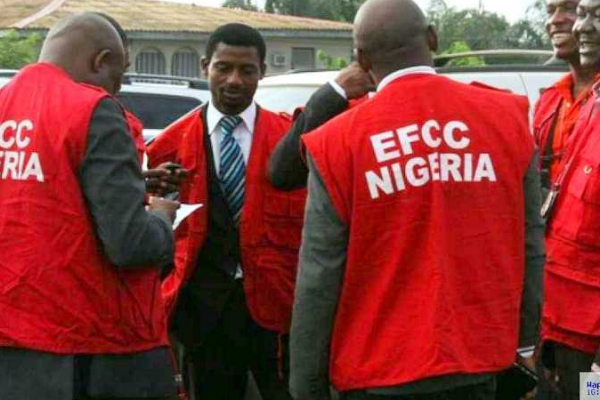 How did 20 oil companies get $4.5 million tax holidays to which they are not entitled?

This is the puzzle the Economic and Financial Crimes Commission (EFCC) is battling to resolve.

Helping the EFCC are some officials of the Nigerian Investment Promotion Commission (NIPC) and the Federal Ministry of Industry, Trade and Investment.

The Ministries of Petroleum Resources and Solid Minerals and the Nigerian Customs Service may also be probed for questionable tax waivers, it was learnt yesterday.

A former Special Assistant to an ex-minister has been interrogated by the anti-graft agency.

Besides, three former ministers and some officials of the Nigerian Customs Service (NCS) are likely to be interrogated by the anti-graft agency.

The tax holidays were given to the oil firms during the administration of former President Goodluck Jonathan.

It was gathered that about 20 local oil companies benefited from the bonanza after buying over marginal fields from some International Oil Companies (IOCs).

A source at the Federal Ministry of Industry, Trade and Investment said: “The EFCC is investigating the ministry and the  [NIPC] for tax holidays to about 20 oil companies.

“We actually got a letter of invitation which was dated 28th of July, 2015 and it was received by the Permanent Secretary of the ministry.

“The EFCC letter requested for the appearance of the director (Industrial Inspectorate Division) for interaction.”

Two directors of NIPC, who were allegedly responsible for granting these tax holidays, have also been grilled by the EFCC.

Read also: Corporations Deprive Africa of $11b Yearly in Taxes

A former Executive Secretary and Chief Executive of NIPC when the tax holidays were given has also been questioned, The Nation learnt.”

Another source confirmed the invitation of no fewer than six top officials of the ministry and the NIPC.

The source added: “The Special Assistant to a former Minister was invited and also quizzed over the issue and other cases involving some unrefunded monies paid in 2013 by the NIPC to the former minister.”

The former aide reportedly made “some useful statements and offered to make some refunds.”

When our correspondent sought clarification from the EFCC, a source said: “We are looking into some allegations on tax holidays involving some top officials of NIPC and the Ministry of Trade.”

But the source refused to disclose the list of those grilled and the 20 oil firms involved because “investigation is still ongoing”.

NIPC is the agency, which approves tax holidays under the Industrial Development Act for companies that are taxable under the Company Income Tax Act.

NIPC was in the news a few months ago for granting illegal waivers to oil companies taxable under the Petroleum Profit Tax Act between 2010 and 2014.

A former Executive Secretary of NIPC, Mrs Saratu Umar, was sacked at the twilight of the Jonathan administration for allegedly “refusing to grant tax holidays to some oil companies.”

Until the Tax Waivers were stopped last year, the nation lost huge revenue to the Federation Account running into billions of dollars.

On May 10, the former Co-ordinating Minister for the Economy and Minister of Finance, Dr. Ngozi Okonjo-Iweala, raised the alarm that the Federal Government had lost over $20b to tax holidays fraudulently granted companies by NIPC officials.

She said: “Pioneer status (tax holidays) was granted to companies whose products do not meet the requirements of the list of industries or products specified in the schedule to the Act.

“NIPC officials granted tax holidays for a straight five-year period, contrary to the provision of Section 10 of the Act, which states that the tax relief period for a pioneer company shall commence from the production date of the company and shall continue for a period of three years in the first instance, and may be extended for a period of one year and thereafter for another one year, or for a period of two years, subject to the satisfaction of Mr. President that certain requirements, such as rate of expansion, standard of efficiency, level of development of company, among others, are met.”