Taylor Swift’s record label has denied Spotify’s claims that the singer was “on track” to make $6m (£3.8m) a year from the music streaming service.

Borchetta told Time magazine his label had made more from video streaming site Vevo than from Spotify.

“The more we grow, the more we pay artists, and we’re growing like crazy,” Spotify’s global head of communications Jonathan Prince said.

The argument between Swift and Spotify has escalated since she pulled her back catalogue from the service, just as her new album 1989 hit the charts.

“I’m not willing to contribute my life’s work to an experiment that I don’t feel fairly compensates the writers, producers, artists, and creators of this music,” she told Yahoo Music.

“I just don’t agree with perpetuating the perception that music has no value and should be free.” 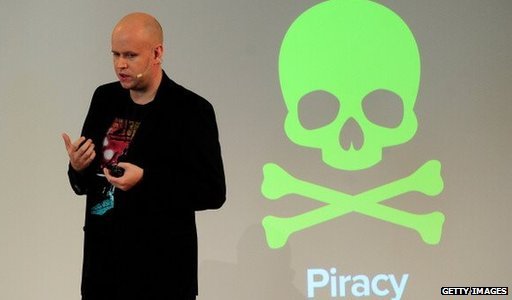 On Tuesday, Spotify’s chief executive defended its business model, saying it had paid $2bn (£1.2bn) to the music industry to date.

“Taylor Swift is absolutely right: music is art, art has real value, and artists deserve to be paid for it,” Ek wrote in a blog.

“And sure enough, if you looked at the top spot on the Pirate Bay last week, there was 1989.”

Read also: Brymo: I’m Bigger than Davido, Wizkid, Burna Boy, ‘They Aspire To Be Me’

He added: “At our current size, payouts for a top artist like Taylor Swift (before she pulled her catalogue) are on track to exceed $6m a year, and that’s only growing – we expect that number to double again in a year.”

But Borchetta refuted those figures, saying the decision to remove Swift’s music from the service was making a larger point.

“The facts show that the music industry was much better off before Spotify hit these shores,” he told Time.

“Don’t forget this is for the most successful artist in music today. What about the rest of the artists out there struggling to make a career? Over the last year, what Spotify has paid is the equivalent of less than 50,000 albums sold.”

Swift’s decision may be partly responsible for her stellar record sales in the US, where 1989 has been number one for the last two weeks, shifting 1.68 million copies.

The record’s first-week sales of 1.28 million were the highest for a single week since 2002, when Eminem’s The Eminem Show sold 1.32 million.

The album also went to number one in the UK, selling 90,000 copies.

The pop star is not the first artist to tussle with Spotify. Last year, Thom Yorke removed his solo recordings from the service in protest at its payouts.

But the altercation with Swift comes at a sensitive time for the Swedish company, with Google having just unveiled a rival YouTube subscription service that allows users to stream ad-free music videos and download them for offline use.

Security Agencies Allege Plot By IPOB To Bomb Banks, Others In...

Zion Train Is Coming Our Way, By Femi Adesina