England’s Jadon Sancho scored the first hat-trick of his career on his first start since the Bundesliga resumed as Borussia Dortmund thrashed Paderborn 6: 1 to keep up the pressure on Bayern Munich as the title race hits the home stretch.

With seven games to go, FC Bayern München who defeated Fortuna Düsseldorf 5:0 top the league with 67 points closely followed by Dortmund on 60 points

After an uneventful first half, Thorgan Hazard put Dortmund ahead with a tap-in before Sancho slotted home his first goal since 29 February. Sancho added the third after Uwe Hunemeier’s penalty reduced the bottom side’s deficit before Achraf Hakimi and Marcel Schmelzer made it 5-1 before Sancho got his third in stoppage time.

The 20-year-old is the first English player to score an overseas hat-trick in one of Europe’s major leagues for 31 years – former Luton forward Brian Stein was the last person to achieve the feat, playing for Caen against Cannes in France’s Ligue 1 on 31 May 1989.

After scoring his first goal, Sancho took off his shirt to reveal a “Justice For George Floyd” T-shirt. Floyd died after being arrested by police outside a shop in Minneapolis, Minnesota on 25 May. 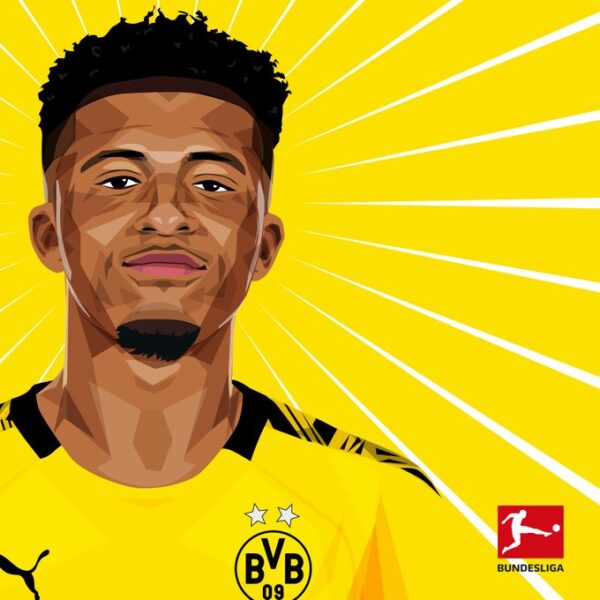 The England forward was booked for removing his Dortmund top.
His first goal came after a pass by Julian Brandt, while the former Manchester City youth player produced a smart finish following an assist by Hazard for his second.

Sancho’s hat-trick, and his 17th Bundesliga goal of the season, arrived in the 91st minute after being played in down the right.

Only Robert Lewandowski, Kylian Mbappe and Lionel Messi have had more goal involvements (goals or assists) than 20-year-old Jadon Sancho since August 2018.

July 6, 2020
President Muhammadu Buhari on Sunday strongly condemned the attack on UN aid helicopter in the Northeast on Saturday by the Boko Haram terrorists, vowing...