The football system in our country has really downgraded player development and proper scouting activities, people are complaining bitterly about lack of ‘creative’ players, after the likes of Jay Jay Okocha, Wilson Oruma and Etim Esin in the early 90’s, since then we find it difficult getting replacement for this players.

As ‘creative’ is a very general term, we first have to define what people really try to say. People often use the word ‘creative’ when describing a player who comes up with a very good solution in a difficult football situation.

In other words, this player is a very good decision maker. He sees opportunities that other players do not see or do not consider, creating scoring opportunities and also dictating the tune of the game. 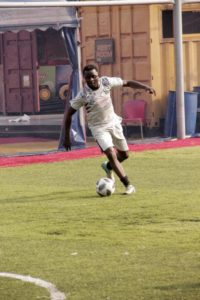 Based on this, the answer to the question of why so many Nigerians are complaining about lack of outstanding decision makers on the field of play putting on the Green White Green or in our local league at all levels.

People use four pillars to analyze football in general and individual players in particular: technical, tactical, physical and mental.

A player who makes very good decisions is traditionally called a ‘tactically strong’ player. However, as previously explained, the word ‘tactics’ refers to how two or more players are working together based on non – verbal communication. Furthermore, tactics describes a process at team level. By calling a good decision maker ‘tactically strong’ player the word ‘tactics’ now has two meanings. One moment it refers to how two or more players work together but the next moment it refers to the decision making of an individual player. 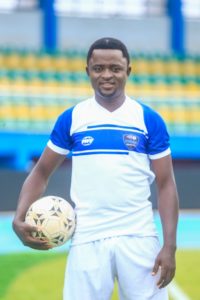 The decision making of an individual player should be more ‘tactical’ and ‘clinical’ before you can be called a creative player in a particular team.

Tactics refers to two or more players working together. And the decision making of an individual player is based on his game insight. Subsequently, a player’s decision making is one of the components to describe football in general and football actions in particular.

The fact that the decision making of individual players was traditionally put under the ‘Tactical Carpet’ means that game insight was not considered to be one of the components of a football action just like tactics, technique and fitness.

In football there are tactical teachers, technique coaches, fitness coaches but no ‘game insight coaches’ in our country Nigeria to properly develop our supposed to be creative player and we expect so much from them on the field of play.

This is the logical consequence of game insight being absent in the traditional reference. This is one of the major reason why game insight, the decision making of individual players, is underdeveloped in many players, And this explain why many football lovers in this country are complaining about lack of ‘creative’ players in our football system this generation. 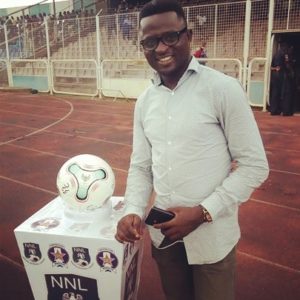 We really need to do more in terms of Player development, most especially at grassroot level, we need ‘game insight’ coaches to help our players, we must create a football culture and make teaching a priority, because you can not give what you don’t have, how do we expect top notch performance from a player that doesn’t even understand ‘Game Insight’ or ‘Decision Making’ at training or Competitive games.

Maybe it’s just a self fulfilling prophecy because of an incorrect traditional football reference, Hopefully, with the help of the universal football reference, the decision making ability of individual players will improve significantly in the near future and see that ‘Creative Player’ we all have clamoured.

Done Deal: Havertz Speaks In London After Signing For Chelsea

Breaking: Dramatic U-turn As Messi Opts To Stay At Barcelona

September 11, 2020
Mavin Producer, Don Jazzy, has mocked Big Brother Nigeria (BBNaija) housemates, Nengi and her 'relentless toaster', Ozo, over their ‘Situation-ship’ in the house. The male...

September 11, 2020
AFP -- US President Donald Trump struck a somber tone Friday on the anniversary of the September 11, 2001 attacks as his Democratic rival...

Accolades As Foremost Professor Of Pharmacy, David Okpako Bows Out At...

NNPC Reveals: Why We Shut Down Four Oil Refineries In Nigeria

ABOUT US
We stand for ethical journalism, press freedom, accountable Republic, and gender-equity. That is why at The New Diplomat, we are committed to speaking truth to power, fostering a robust community of responsible journalism, and using high quality polls, data, and surveys to engage the public with compelling narratives about political, business, socio-economic, environmental, and situational dynamics in Nigeria, Africa, and globally. From our insightful reports of political issues to our riveting investigations and analyses of business, socio-economic, and cross-cutting sectors, The New Diplomat remains ever committed to investigative reporting and ethical journalism. Support and partner with The New Diplomat today, to guarantee a positive future for all under an atmosphere of free press!
Contact us: [email protected]omatng.com, [email protected], [email protected]
FOLLOW US
%d bloggers like this: