Angered by factual reports detailing how an illegal and sham recruitment of over 300 staff by the out-going interim management of the Niger Delta Development Commission (NDDC) in alleged connivance with the Minister of Niger Delta Affairs, Senator Godswill Akpabio, a surreptitious plot reportedly masterminded by the later in clear breach of all extant recruitment laws and protocols, was escalating tension in the Niger Delta region, national chairman of the ruling All Progressives Congress(APC), Comrade Adams Oshiomhole, reportedly summoned Akpabio and censured him to reverse the illegal action, The New Diplomat gathered.

The New Diplomat investigations reveal that upon reading reports detailing the alleged fraudulent and underground recruitment exercise of over 300 staff which threw up palpable tension at the NDDC, a highly disappointed national chairman of the APC, Comrade Oshiomhole quickly summoned Akpabio to a meeting a few days after the The New Diplomat broke the story and upbraided the Minister as to the embarrassment the alleged fraudulent exercise has caused the APC as a political party and asked him to halt the scam.

Investigations by The New Diplomat show that there are Akpabios allegedly employed via the racket. A thorough search reveals the Akpabios are listed on N0 68 and 69 respectively: AKPABIO EMMANUEL EDIONGSEMA and AKPABIO IBANGA. (See Full recruitment Scam list and purported letter issued)

In response to this Oshomhole’s caution and to stem any presidential query from President Muhammad Buhari arising from the grave administrative misadventure, Akpabio was said to have immediately directed the Permanent Secretary in the Ministry of Niger Delta Affairs to instruct the Interim Management team at NDDC to suspend the recruitment exercise.

Said an insider: “It was a quick move by the Minister to wash his hands off the illegal recruitment plot. He shifted the whole blame on the Interim acting Managing Director. Akpabio distanced himself from the recruitment scam, pretending he was not the one who masterminded the plot to recruit the over 300 staff. But the Interim Management is also releasing the various documents to the presidency to show that it was the Minister who directed that the whole sham be commenced.”

But Stakeholders in the Niger Delta are vehement in their call for an outright cancellation of the recruitment scam. Comrade Isaac Brisbe of Niger Delta People Assembly (NDPA)said: “We want the whole fraud cancelled. We don’t want suspension. The implication is that Akpabio can still clandestinely go behind and recruit the staff and even pad it up with more staff. Where will the over 300 staff sit? Is there an office for them at the Commission? Let the incoming Board carry out an audit and then initiate the process should the need arise, after a thorough staff audit… That is the way to go. Let Akpabio not spoil Mr Presudent’s good name, good intentions in the Niger Delta.”

The New Diplomat, in its investigations had revealed details of how the Minister allegedly connived with the members of the interim management board of the NDDC to discreetly employ over 300 staff illegally without recourse to the NDDC Act and at a time when the newly appointed members of the NDDC Board and management team would soon resume office. The report had exposed how the NDDC interim Management reportedly working from a hotel located at 20 Amaechi Drive, GRA, called Royal Vantage and allegedly owned by Mr Mene Derek, a former Executive Director of Finance and Administration at NDDC was busy issuing fraudulent recruitment letters to people daily.

A former Commissioner in Edo State who served under Comrade Oshiomhole in Edo State confided in The New Diplomat that Oshiomhole who was terribly irked that such insensitive recruitment “without recourse to due process which include Advertisement of vacancies, open positions, created by promotion and movement of staff(e.g. transfers, retirements, resignations and deaths, physical incapacitation, etc.), approval by a subsisting board in line with the NDDC Act in ratio of production quota, with the result that the disturbing action was a complete violation of these provisions and that this exercise is being carried out in the face of inconclusive staff promotion exercises for 2016, 2017 and 2018 in the Commission,” counseled the Minister to immediately reverse the move as such actions amount to serious embarrassment on Mr President and the APC.

The former Commissioner added: “ Comrade was very angry and disappointed with the whole fraudulent recruitment exercise and he advised the Minister to quickly reverse his action in order not to create chaos in the region.

Comrade also admonished him to seek advice of the current leadership of the South South, the highest political office holder from the South South in the person of the Deputy Senate President and indeed the collective leadership of the zone including himself as the National Chairman of the APC from the zone before carrying out any action in the future to avoid causing tension in the Niger Delta region.”

Meanwhile, in a statement issued by the Chief Press Secretary (CPS) to the Minister, Mr Anietie Ekong in Abuja Friday, Akpabio rescinded the decision and suspended the illegal recruitment exercise. According to the statement, the new directive also requested the management of the Commission to compile and furnish the Minister with a detailed report on any employment exercise being undertaken within three days.It explained that the Minister’s decision was necessitated to guarantee due process as such action by the Commission ought to be evaluated by the Ministry in consultation with the committees of the National Assembly on the NDDC. 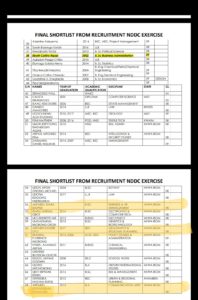 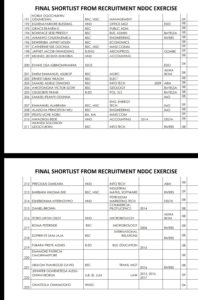 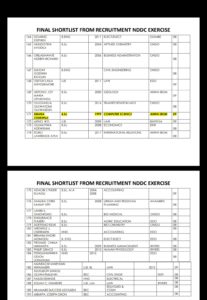 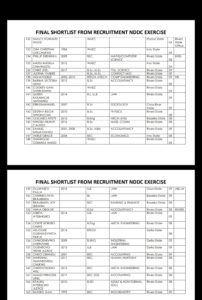 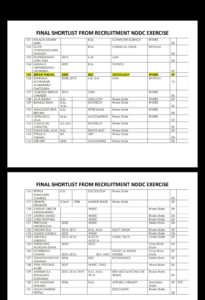 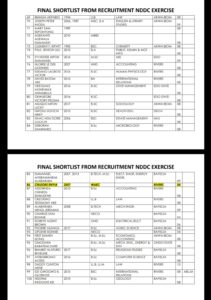 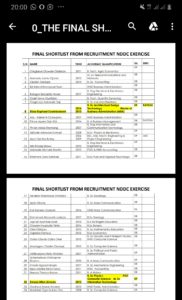 No Room For Wike To Influence Ondo Election, Says Akeredolu

September 25, 2020
By Gbenga Abulude (Politics and General Desk) The Deputy President of the Senate, Senator Ovie Omo-Agege has condoled with the government and people of Delta...

No Room For Wike To Influence Ondo Election, Says Akeredolu